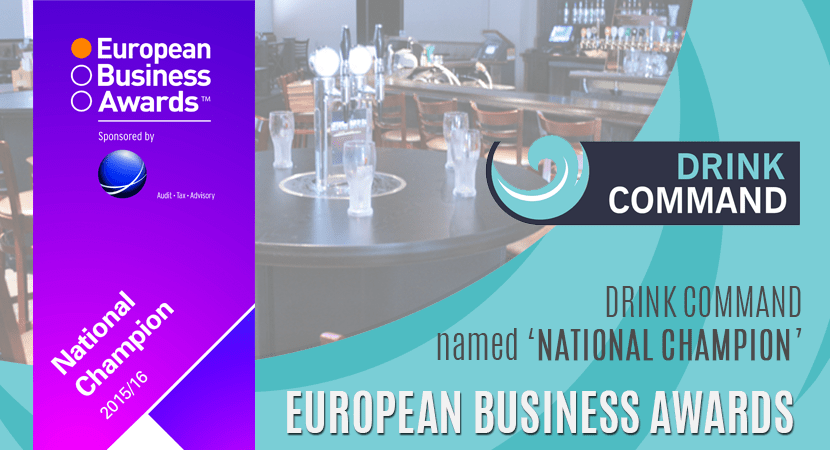 Drink Command has been named as a National Champion by The European Business Awards sponsored by RSM International – a prestigious competition supported by businesses leaders, academics, media and political representatives from across Europe.

The European Business Awards, now in its 9th year engaged with over 32,000 business from 33 European countries this year and 678 companies from across Europe have been named today as National Champions; going through to the second phase of the competition.

Drink Command’s Robbie Ward said “We are thrilled to receive this award and to be recognised for our innovative products to be recognised among some of Europe’s leading companies. I’d like to thank our amazing team for the hard work in getting to this point and allowing us to achieve this recognition.”

Adrian Tripp, CEO of the European Business Awards said: “Congratulations to Drink Command and all the companies that have been selected to represent their country as National Champions, they play an important part in creating a stronger business community.”