Our new partners in Denmark – TAPIT.DK 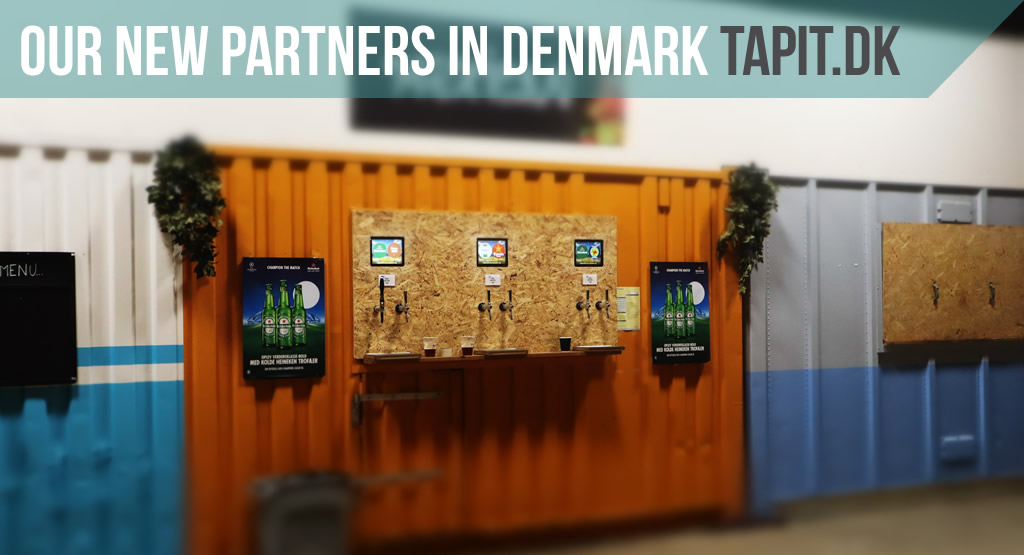 Drink Command are really pleased to introduce you to our new partners in Denmark – TAPIT.DK

Having met with the guys late in autumn 2018 we are now already up and running and the DC systems are proving to be ………………Probably the best Self Pour System in Denmark!! Already we know by the market and consumer reaction that our systems are ideally suited to and will be embraced by the most discerning beer drinkers on the planet – after the Irish ☺

Last week, Copenhagen had the distinction of being the first city in Scandinavia to have the Drink Command system. A Super Bowl event, where the guest’s had access to the beer taps for 14 hours – Tickets were priced at between €60 and €90 per person. People drank Lager, Ale, IPA, Weisbeer and Nitro coffee. There were only 2 staff persons at work over the entire period – they were serving coffee and chips.

“We thought that the guests would only want have lager. But no. Variation is so important. Heineken stood only for 15% of the total poured beer. We also thought the guest wouldn’t drink any Weisbeer. But the data afterwards showed us that 20% of the poured beer was Edelweiss.”

“We tend to think that people can drink enormous amount of beer where it is “free” – even though they paid entry. But it is wrong. When we analysed the pour data on Monday morning we found that people consumed an average of 5.4 beers each. 99% of the guests were men – aged between 30-40 years old.”

When asked about the relationship with the Brewery Martin said:

“Through a close partnership with the Danish brewery: Royal Unibrew – we managed to deliver some of the “special beer” which Royal Unibrew offer. Especially the IPA was a big hit. And we can see that over 80% of the consumed beer is something else other than lager. For the next event we will present cocktails in kegs from the Danish company Nohrlund. It tastes great and the cocktails will appeal to the “fairer sex”!. It’s possible as the Drink Command system can also cater for dispense of wines, cocktails, Nitro coffee and Kombucha Tea.”

When Martin was asked about the partnership with Drink Command: